This guide should be used for indicative seismic design and costing for ceiling bracing in buildings of importance level 3 or below.  Assumptions and limitations are outlined in the attached calculator document.

Amendments have been made to the New Zealand Seismic Design Actions Standard (NZS 1170.5) and came into effect in September 2016. These changes significantly influence the design and installation of ALL suspended ceilings. Since NZS 1170.5 is the design actions standard cited by Verification Method 1 to clause B1 of the NZ Building Code, it must be adhered to in order for an installed ceiling to comply.

Before the amendment, seismic design requirements for ceilings were the source of confusion, namely around selecting the appropriate part category to apply. This was especially a problem with tile-and-grid suspended ceilings.

The previous version of the standard allowed ‘parts’ which weighed less than 10kg and which were less than 3m above floor level to be classified as part category P7, which only required design to a serviceability limit state (SLS) - design for no or minimal damage during a 1-in-25-year earthquake. By considering only the weight of individual components, rather than the total weight of the ceiling system, meant that ceilings were not designed for much larger ultimate limit state (ULS) events. Ultimate Limit State events are a 1-in-1000 year event and for buildings of a higher importance level (IL), the requirement increases to a 1-in-2500 year event.  It is obvious that selecting a Serviceability vs Ultimate limit state has a huge effect on the resulting seismic design.

The vagueness in the previous standard surrounding weight led some designers to treat all ceilings as P7 parts since individual components weighed less than 10kg. Others considered the total weight of the ceiling system and designed for ultimate limit state events. A third group made a case-by-case assessment for each design, depending on the total weight per square meter of the ceiling components, the height above the floor and the location.

Supporting comments provided in the amended version of NZS 1170.5 resolves this confusion. The new standard lowers the weight threshold for ultimate limit state design to 7.5kg, and makes it clear that the total weight of the ceiling system needs to be considered - tiles, grid, luminaires and any other supported services. It is no longer possible to define ceilings as P7 simply because the weight of the individual components is below 7.5kg. Except for exceptionally small ceilings, they all now need to be designed for ultimate limit state events.

Given the performance of suspended ceilings in the Canterbury earthquakes, and reports that are emerging about the performance in the recent Hanmer Springs quakes (especially in Wellington), these changes are very timely. Collapsing ceilings can injure occupants and interfere with evacuation and reoccupation of a building.\

What does this mean?

T&R has issued an updated seismic design guide and calculator which you can use with confidence and comply with the Building Code.

Why is seismic design important?

A series of major earthquakes in Christchurch in 2010 and 2011 caused large amounts of damage and highlighted a systematic problem in the seismic design of suspended ceilings.

Aside from the obvious concerns about the safety of building occupants and widespread non-compliance with the New Zealand Building Code (NZBC), these avoidable losses are a significant burden on the New Zealand economy.  The industry is under increasing pressure to assure seismic compliance on current and future construction projects. 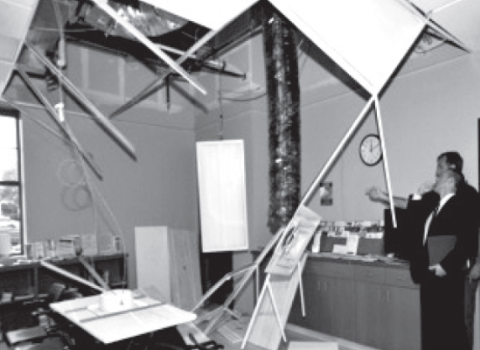 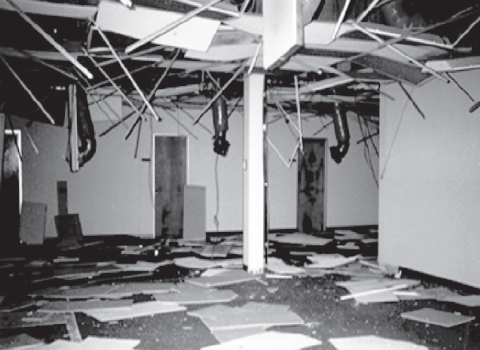 Ceilings must comply with the NZBC and with all legislative requirements.

Regardless of past industry practice, it is not acceptable to treat seismic restraints and related structural engineering design, monitoring and certification as if they were optional.

Guidelines for Architects and Designers

While full compliance with seismic requirements will add cost, it will limit damage, reduce repair costs and reduce the time to re-occupy post event.  Furthermore it is now a legislative requirement for Code of Compliance Certificates and Health and Safety Laws. The new laws, affect those who are upstream from the workplace (for example designers, engineers, manufacturers, suppliers or installers). Specifically they have a duty to ensure, so far as is reasonably practicable, that the work they do or the things they provide to the workplace don’t create health and safety risks.

Because every building is different, there is no standard seismic restraint solution to address site, location, form and function. The scope of seismic restraint and related engineering work that will be required will not be known until the ceiling design is completed. The T&R Seismic System will provide a solution for buildings with an Importance Level of 3 and below. A suitably qualified Chartered Professional Engineer will be required for Importance Levels 4 & 5.  It is imperative that mechanical services, sprinkler systems, electrical and suspended ceiling design are all co-ordinated at appropriate stages.

To simplify the calculations required, the use of this design guide is restricted to T&R Interiors Systems’ CBI Two Way Suspended Ceiling Grid.

This guide should be used for indicative seismic design and costing for ceiling bracing in buildings of importance level 3 or below.  Assumptions and limitations are outlined in the attached calculator document.

This guide allows a designer to calculate required bracing for suspended ceilings. The calculations are based on conservative assumptions. Reduced seismic bracing designs for individual sites may be possible if a suitably qualified Chartered Professional Engineer carries out a site-specific design. This guide should not be used as a calculation template for a PS-1; specific seismic design should be carried out for these cases.

This guide has been prepared by Dr. Joseph Bain for T&R Interior Systems with the usual care and thoroughness of the consulting profession. Interpretation and application of this guide is outside the control of the engineer and therefore is the users’ responsibility. This guide does not constitute a producer statement or engineer’s certification, and is not for use with trafficable ceilings or ceilings which support partition walls or any other service load.

Allowance for relative motion between the ceiling and structure must be provided by floating edges. If the perimeter bracing method is used then two perpendicular edges must be fixed with the remaining two floating. If back bracing to the upper structure is used, then all edges must be floating. Floating edges must also be provided around rigid or separately braced items that pass through the ceiling. The amount of clearance should be checked by an engineer on a case-by-case basis.

Consult a structural engineer for the expected earthquake deflections of the structure.

© The T&R Seismic System has been developed in conjunction with Dr Joseph Bain, the University of Canterbury and T&R Interior Systems.

It remains the intellectual property of T&R Interior Systems and may not be used with other products.

Thanks for downloading our eBook!

If you are an ADNZ member please provide your ADNZ Number

NOTE: You may need to allow popups in your browser to access the eBooks. If you don't see your download start, check in the address bar for a message icon that will allow the popup to open.
Download eBook now